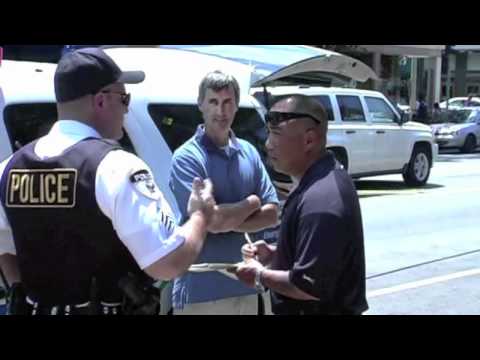 Velvet hope: Owner Frank Elliott surveys the devastation left by a Sunday fire at Velvet Rope on Lake Street, near Oak Park Avenue. Elliott said he thinks the blaze may be a hate crime.
JENNIFER WOLFE/Contributor

Velvet hope: Owner Frank Elliott surveys the devastation left by a Sunday fire at Velvet Rope on Lake Street, near Oak Park Avenue. Elliott said he thinks the blaze may be a hate crime.
JENNIFER WOLFE/Contributor

Village's statement on the fire

Oak Park officials called in investigators from the State Fire Marshall after determining there was probable cause to indicate arson may have been the cause of an early morning fire Sunday at a downtown restaurant and bar.

Firefighters responded to a report of smoke at about 6:30 a.m. in the 700 block of Lake Street. They quickly determined the smoke to be coming from the Velvet Rope Ultra Lounge at 728 Lake, just east of Oak Park Avenue.

The fire was extinguished within minutes, but the interior of the building sustained significant damage, officials said. Businesses on both sides of the restaurant sustained some water and smoke damage as well, but no injuries were reported.

Officials say no additional information will be available until the investigation is completed.

A frequent visitor to a gay nightclub that Oak Park officials said may have been destroyed by an intentional fire early Sunday has already sprung into action to help its employees.

David Monterosso, of Melrose Park, is organizing a fundraiser next week at the Hideaway bar in Forest Park. Proceeds from donations and raffle ticket sales will go to the eight employees of the Velvet Rope Ultra Lounge, 728 Lake St., which was destroyed by a fire that a village statement said Monday could have been an act of arson.

Village spokesman David Powers said the state fire marshal and Oak Park police are assisting the fire department in the investigation into the fire. Oak Park police did not return calls for comment Monday.

Deputy Fire Chief Kenneth Klemm said the incident is "suspicious in nature." Powers said he heard from Oak Park police that there was evidence of anti-gay graffiti on a wall inside the nightclub.

Greg Raub, the co-chair of the Oak Park Area Lesbian and Gay Association, said the group is "greatly concerned" about speculation that the business may have been targeted because of its gay ownership and clientele. He added they don't want to comment further until an exact cause and motive are determined.

The fire call came in around 6:23 a.m. on Sunday, with a report of smoke in an area that was thought to be coming from Red Hen Bread, Klemm said. Firefighters who arrived on the scene realized it had originated from Velvet Rope. They broke windows to let the heat and smoke out and then extinguished the fire. No one was in the building at the time, and no injuries were reported.

In an email shortly before 8 a.m. on Monday, Brandy Masoncup, owner of Geppetto's Toy Box at 730 Lake St., said the site was quarantined until about 5:30 p.m. Sunday while evidence was collected.

Both floors of Velvet Rope were completely destroyed, she said, and will require an entire build-out to get it up to code. Velvet Rope will be closed at least a month.

Klemm said there was "significant" water and smoke damage to businesses on both sides of the nightclub. Masoncup said restoration crews began clean up at her business late Sunday and the work will take a minimum of three days.

Staff at Flat Top Stir Fry Grill were allowed back into the business around lunchtime on Sunday, Masoncup said. Floors there will have to be replaced and walls will have to be repaired, since holes were made between that business and Velvet Rope while the fire was being extinguished.

Monterosso said he works as a waiter, and was struck by the thought that his source of income could instantly be cut off if the same thing happened to him. He said he likes the mix of people at the Velvet Rope, and called it a "really comfortable place." The owner, Frank Elliott, is a good friend of his. Elliott could not be reached Monday.

The fundraiser will be held June 14 starting at 7:30 p.m. The suggested donation is $20 and there will be raffle tickets available for $10. Monterosso said he's working on getting performers involved.

Those who want to contribute can visit fundrazr.com/campaigns/dJsUd. For more information about the event, visit https://www.facebook.com/events/313626445386013.

Wednesday Journal staff have disabled comments on this page.

On: Class at St. Giles in quarantine...

Its funny, but in all the years I have lived in Oak...

Someone edited your comments here, T.Mac? Where? When?...

Didn't realize your job was to patrol the...

No wait for ballot drop off! There is a drop box in...

Just so you know, the village has no role in ensuring...