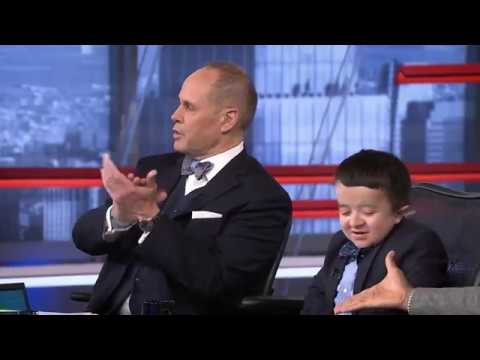 Alec Cabacungan had the best seat in the house for the worst game of the Chicago Bears' season. Warmly ensconced in NFL Commissioner Roger Goodell's suite as an invited guest, the 16-year-old Oak Park resident incredulously watched Cody Parkey miss a 43-yard, potentially game-winning field goal attempt in the closing seconds of the Bears' 16-15 loss to the Philadelphia Eagles in an NFC Wild Card game on Jan. 6.

Even with the Eagles escaping Soldier Field victorious, Cabacungan put the bitter loss in perspective.

"The ending of the game felt like a movie — a bad movie," he said. "Everybody just wanted to leave. People were sad, screaming. It was crazy. The Bears were a fun team to watch this season and I know they'll be back.

"The whole experience was awesome though," he added. "I've known Roger Goodell for a couple of years. When he invited me to the game, which I didn't expect, it was super cool. We talked and caught up with each other in the suite and then went down to the field. I talked with so many cool people like (former Chicago Bears) Charles Tillman and Otis Wilson and (actor) Ashton Kutcher."

Meeting famous people, particularly from the sports world, has become a way of life for Cabacungan, who has osteogenesis imperfecta, or brittle bones disease, and has broken more than 60 bones in his lifetime. A patient at Shriners Hospitals for Children-Chicago since he was 2 months old, he has undergone many surgeries, hours of physical therapy, X-rays and clinical visits.

Since 2014, the affable teenager has also been the face of Shriners, starring in national commercials for the hospital that aired on MSNBC, Fox News and the USA networks.

"Shriners has always been there for me, both physically and mentally," Cabacungan said. "I'll always be grateful for Shriners. It's my second home, my second family."

His notoriety has paved the way to some incredible opportunities in the world of sports.

An aspiring sportscaster/actor, he has appeared on numerous television shows and commercials, along with radio spots and podcasts. He's the creator of SmartAlecOnSports.com and has film experience as a supporting actor.

"When I realized I wasn't going to make the pros or be 7 feet tall, I wanted to be the first person to break the news," he said. "Meeting so many famous people and having them compliment me on my commercials or acknowledge what I've done is so cool to me. It also has opened some doors for me, knowing people in pro sports."

Cabacungan cites his visit to TNT's Inside the NBA as the zenith of his sports-related experiences to date. At the TNT studios in Atlanta, he met his hero, sportscaster Ernie Johnson, along with the rest of TNT crew: former NBA stars Shaquille O'Neal, Kenny Smith and Charles Barkley. In fact, Cabacungan appeared on the halftime show.

A YouTube vide from 2017 showing Cabacungan prepping for his appearance on the show became very popular. At one point in the video, Cabacungan meets the 7-foot-1, 325-pound O'Neal.

Cabacungan, who describes O'Neal as "a fun guy," relished the opportunity to talk hoops with several NBA legends.

"Doing the TNT halftime show was a dream come true," he said. "I would always watch the show while I was doing my homework. When Ernie Johnson called me and wanted me to come on the show, that's something I'll never forget.

"I've kept in touch with Ernie. I send him a text now and then. He gives me advice whenever I need help and he's just there for me. I'm grateful for his friendship."

"I have an awesome support system with my family," Cabacungan said. "They have been so helpful in making my dreams come true."

Cabacungan also gives a big shout-out to the community.

"Oak Park is unreal," he said. "I have a lot of great friends at OPRF. Whenever I'm out, people are so nice to me. They want to take a picture with me or tell me stories how I touched their lives. It helps me get through days knowing people care about me."

In 2018, the Wednesday Journal honored Cabacungan with its "Most Inspirational" award at the the 4th Annual Night of Champions hosted by Dominican University in River Forest.

In his spare time, Cabacungan enjoys playing various sports with wheelchair basketball being his favorite.

The indoor basketball court at Shriners was recently named after him.

"At our international headquarters in Tampa we receive letters on a daily basis from people all over the country who are touched by Alec, by his life, his can-do spirit and his warm personality," Stephanie Herron, chief development officer, Shriners Hospitals for Children, said at the court dedication ceremony.

"In a world that is so often filled with cynicism and turmoil, Alec brings people joy and gives them hope. And Alec reminds us of what is good in the world."

Gil Cabacungan never imagined his son's story would affect so many others.

"We are deeply honored the whole nation has embraced Alec," he said. "Since 2015, Alec has not only given awareness to Shriners Hospital but he's raised money to help other kids at Shriners. He has an infectious personality which makes others smile. Other people feel their problems are so small compared to what he has gone through."

Ironically, Alec Cabacungan shares a similar view, only in his situation compared to others.

"I try and wake up every day open-minded," Cabacungan said. "We all have rough days, but there's always someone out there dealing with a tougher situation than you. I think about what others are going through, like the kids at Shriners when I am down. It inspires me to know that tomorrow is going to be a better day."

Michael Romain contributed to this story.

Alec is an inspirational young person that understands the difficulties that children with physical challenges face every day. He also knows what Shriners Hospitals have done for him and will continue to do for him as he grows into an adult sports announcer!

When the Village Trustees whoo voted to dig up Lake...

On: Oak Park's Hair Cuttery gets a...

John H: We sold out of Oak Park and moved to FoPa in...

Thank you Martin Tellalian! Yes the Altenheim is...

Geez-Louise, Les. You may be the smartest human to...

Funny you should ask, Janet. I spent much time in...

Thanks, Dan. Donation made. Local reporting is vital...

"We want to be back in the building with our...

What? I assumed that this local Pravda got its...