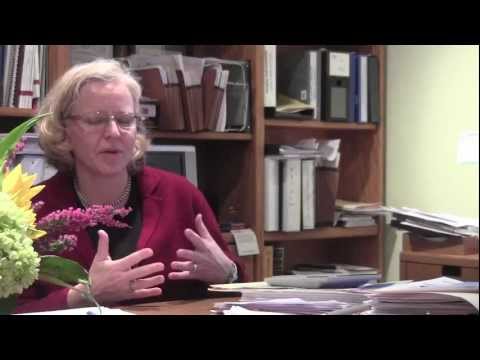 Cara Pavlicek learned more than 20 years ago that local government was the profession for her.

She's got a B.A. in economics and a master's degree in public policy, but her education didn't end there. She said talks with her father, a retired teacher, reminded her that mastering a municipal career means constant learning.

On Jan. 9, the evening she was sworn in as village manager, she reiterated that.

"You really want to have a positive, long-term working relationship with the village board, the employees in the organization, and the citizens in the community. And sometimes when you work at something every day, you get be very focused on very specific tasks you have to do," Pavlicek said. "[This] pulled it to that 30,000-foot level and reminded me that we have a lot to accomplish."

The biggest task on Pavlicek's interim list last year was wading through the 2013 budget process. That helped her prove she was the woman for the job.

Before stepping into the interim role, she had served as interim parking and services mobility manager. She worked with other departments, such as public works, on many projects, but her interaction with the village board was limited. Transitioning into the village manager role changed her outlook.

"It was very enjoyable to go back to my professional roots of economic development," Pavlicek said. "The budget is a long process, but I really enjoy that part of city managment. You learn a lot about the community, when you get to work on the budget, from the finance deparment and village management level."

Pavlicek started as interim manager on March 1, following the departure of Tom Barwin. It wasn't until July, however, that she made the decision to apply. That was when the village sent out its community profile and request for qualifications.

She wasn't planning to apply unless she was sure her skills met what the board was looking for. Because the document defines the specific qualifications the board was seeking in its next leader, she waited for that to be released.

"It speaks to the opportunities and challenges they've identified," she said, "whether it's economic development-focused or finance-focused. I had to evaluate my own personal and professional background."

Among the 30-key points in the document, economic development was highlighted. This was noted in goals the board defined for its future administrator, including providing direction for key downtown parcels, decreasing retail vacancies, increasing retail and commercial tax revenue, implementing a five-year budgeting approach.

Her ability to address issues from a multidimensional perspective was a quality trustees applauded at her swearing-in ceremony. Pavlicek said learning how Oak Park operates in this respect has been equally challenging and rewarding.

"Oak Park looks beyond the core of city government, and it really pays attention to the core spectrum of public services that focus on the quality of life," she said.

The village, for example, has an assorted group of departments that not all villages feature, such as a certified public health department, community relations, sustainability, and business services. She said this changes how the organization operates as a whole.

"It has a lot of partners. … It adds a certain layer of complexity and more work. But I think it really shows a commitment to an organization to pay attention to quality of life in a lot of areas."

Being in municipal government for two decades has given Pavlicek a glimpse into a variety of jobs and inner workings of departments. She's also experienced a variety of interviews, but none quite like the one with the village trustees.

"It's a lot of reiterating what you've done and what additional steps you'd like to take," she said. Unlike the final five candidates she was up against, she had to defend decisions she's made with the board's knowledge, instead of speaking hypothetically about what she'd like to bring to the village.

"As interim they get a real good look at what you want to change because of your own philosophy versus how you respect the current culture," she said.

That last part, "respecting the culture of a community," is critical to succeeding in village management, she said, as that can divide staff and boards in many communities. This includes Oak Park and even Pavlicek's last job in Downers Grove.

Trustees mentioned that hiring Pavlicek brings means more stability to Oak Park. She agreed that moving from temporary to permanent will help the board make progress on goals that had been put on hold during the search — economic development being one of them.

On a day-to-day basis, Pavlicek said, dropping the interim title doesn't change much, but long term she can now start looking at what can be done years out.

"I think the big thing is there are certain topics that you would say as interim, this decision would be deferred," she said.

The 2013 budget, for example, calls for a newly created director who will specifically address economic development, but the board wasn't comfortable outlining that person's job description until a manager was hired. Implementing the performance management tool is another example that takes off this year, something Pavlicek and staff have said will help Oak Park gauge the efficiency of individual departments.

Other big issues for Oak Park include prioritizing and reorganizing the budget process, determining where efforts are falling short, and training everyone to be on the same page. This also means aligning with the goals of business and economic development.

Working with various taxing bodies, nonprofits, residents and businesses is the best part of the job, Pavlicek said. Oak Park has a "wonderful culture of history and sense of stewardship."

"I really do enjoy the position," she said. "There are not a lot of jobs where you get to do this type of work that has this type of diversity of skills that you have to rely upon," she said. "It becomes very rewarding to have that breadth of exposure to a different issues."

After working in Iowa and Nebraska, Pavlicek landed a job in the western suburb of Downers Grove. After two-and-half years, she was asked to resign without severance pay, which she said was stipulated in her contract. When she refused, the board voted to fire her.

Pavlicek sued for breach of contract and was awarded $73,000 in a settlement. The settlement terms, however, which dropped the lawsuit, prohibits her from talking publicly about the issues. Still, she said it was a learning experience.

"It's tough and you want to put that behind you," she said.

Working with an elected body that has the ability to terminate a manager has its risks, and the board may choose to move in a new direction, Pavlicek explained. That's the nature of the job, and she's learned to accept that.

"You can get crosswise between politics. That's why the job can get tough," Pavlicek said. "I learned that social media has changed the ways city managers are perceived. … It's really hard for an individual when anonymous and sometimes inaccurate [comments] are so personal. … You learn to get a thicker skin when you go through a separation like I did in Downers Grove."

During the Jan. 9 board meeting, trustees stood up for Pavlicek, and emphasized that the search consultant and trustees did their homework on her background. In a follow-up interview Monday, Trustee Bob Tucker said Downers Grove was certainly part of their discussions, but Bob Slavin, the president of the consulting group, was able to advise the group on the matter.

"He was able to offer a very good perspective on that in the sense that he works in the field — about how people come and go," Tucker said. "People come and go frequently. That made me more comfortable with Cara as our choice for the position."

Trustee Ray Johnson agreed that Slavin did his due diligence, and left the board comfortable with the choice, knowing all the facts. They learned more about the profession in general by working with Slavin, he said.

"The tenure of many city managers is relatively short," he said. "And for a variety of reasons. … We know in Oak Park, like with [former village manager Tom] Barwin, the board decides to go in another direction from time to time. Politics come into play."

Pavlicek's past employment didn't raise any concerns for the board, Johnson said.

During the Jan. 9 swearing-in, there was high praise for Pavlicek, and Johnson explained it was well deserved, but also necessary.

"I think it's important for people to understand that while publicly we want to praise our employees, privately we want to provide constructive feedback," Johnson said. "You don't want to do that to employees publicly."

"Certainly you want to be as transparent as possible, but you also need to work with and respect the employee," Johnson said.

The average tenure for village or city managers is around five years, Tucker said. He emphasized that Slavin dug into the finalists' background beyond speaking with the candidates themselves.

In the end, however, it was the interview with Pavlicek that secured his vote.

"She is very clever and thoughtful on issues. That came out even more during the interview process," he said. "I think she brings an approach that is fair but can be tough. It's a leadership style that really wants results, but also produced results."

Look on the bright side, Random. More empty desks in village hall means fewer village employees being discourteous to you!

...trying to talk to a human being. Cost cutting is not efficient when it causes a lack of service.

As a wage earner, I know that when managers start talking about efficiency its time to start reading help wanted ads. Efficiency is corporation-speak for "lower labor costs". If you take a stroll through the Village Hall you see that half the desks are empty ?"the result of Carl Swenson's efficiency principles. This kind of "efficiency" looks good on a budget spreadsheet but seems less efficient when you spend half an hour on the telephone trying to talk to a human being. Cost cutting is not e

The WJ's fascination with this idiot is unfortunate. She will do damage to this Village, but she will not make it and average 5 years. Pope is gone and Hedges will not make it. VMA got a pass this time, and is vulnerable with a little money and muscle on the other side.

The headline of this article asks if the Prairie style...

Who knows... but he is getting more attention for...

When you can't significantly alter something your...

At what point will there be a crosswalk signal for the...

Scott Concertman is obviously an expert and made some...

(Wrong place to comment, sorry) But I agree about...

I'm also another senior citizen who walks just about...

Kathleen, Your first sentence describes me, too. And I...

On: Forced to walk in the streets

I wish this piece would have delved into why he...