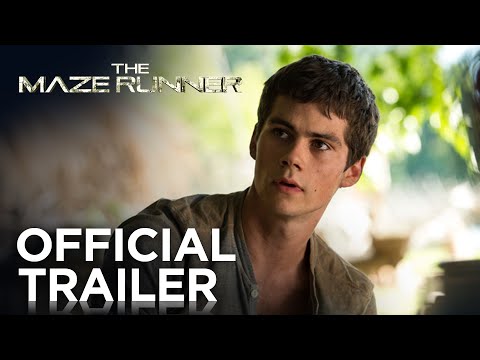 If you hear thunderous cheers and elated screams coming from Oak Park and River Forest High School Thursday, Sept. 4 around 1 p.m., it may have something to do with three actors from the film "Maze Runner" coming to visit.

Dylan O'Brien, of "Teen Wolf," Kaya Scodelario, of the UK's "Skins," and Will Poulter, of "We're The Millers," will be guests of a Q & A session moderated by theater teacher Michelle Bayer in the Little Theatre Thursday afternoon.

The 20th Century Fox film, based on the Young Adult novel by James Dashner, is produced by the same guys who made "The Fault in Our Stars"—Wyck Godfrey and Marty Bowen.

"Maze Runner" is set to debut Sept. 19 and is on track for a $30 million opening, according to Variety. Godfrey and Bowen's "The Fault in Our Stars" grossed $280 million worldwide.

While the "Maze Runner" is being heavily marketed toward teen girls, the film is gaining success with boys too. Something that can not really be said of other Young Adult sci-fi films such as the wildly popular "Hunger Games."

No one is volunteering as tribute in "Maze Runner" (couldn't help the "Hunger Games" reference), but the protagonist Thomas, played by O'Brien, does seem to have a striking resemblance to Katniss Everdeen in that he challenges the status-quo of the community he finds himself in.

Basically, Thomas loses his memory and tries to escape from a maze.

If the film is as much of a success as many anticipate, like so many other films that have gathered a strong teen following, there may be a sequel.

Variety reports that one of the film's screenwriters, T.S. Nolan, was asked by the studio to work on a script for the second of three books in Dashner's sci-fi trilogy—"The Scorch Trials."

As she's the one who wants to leave, there should be...

On: Supt. Kelley's next step

Both my daughters celebrated their Bat Mitzvah dinner...

Moves like this is why school will be from home in the...

On: Block parties are back but with a...

Many - perhaps the majority - of Fenwick's students do...

In "America to Me" the OPRF kids spoke of being...