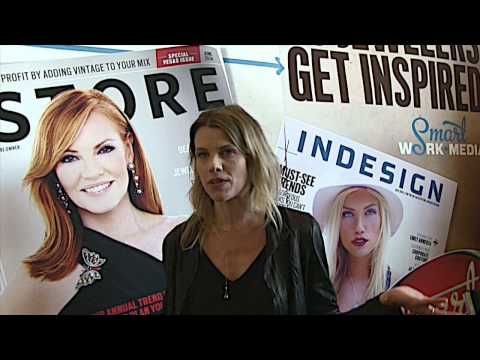 "We are getting ready to celebrate our 10th year anniversary this fall," wrote store owner Laura Kitsos in an email Tuesday. "So this is such a great honor for us!"

The store opened in Oak Park 10 years ago, moved to the Bucktown neighborhood in Chicago for five years and returned to Oak Park, opening at its current location on Marion Street four years ago.

The 13th annual contest is intended to highlight the best indie jewlery shops in North America.

As one of the top five winners, Gem will receive a trophy and will be featured in the August issue of INSTORE as well as on the magazine's site.

I purchased a pair of citrine drop earrings ten years ago from this boutique which continue to look as on-point and fashionable today as they did back then. That's a value that can't be beat.

Although I moved from Oak Park to Homewood, I still return to shop at Gem - just this week, in fact. Laura offers a fabulous selection of interesting pieces, and her staffers are invariably low-pressure, informed and engaging. Always a pleasure!

@ Colin. To determine if it was true passion, turn...

I appreciate the passion of the students, and I'm...

Always happy to see young people with this kind of...

Tommy, then you didn't see my earlier reference...

This is another great story and maybe the Mayor can...

Gee Garett! I remember Monkey Wards being there and...

"...but older residents will remember a large...

Most deli departments will put your products in your...