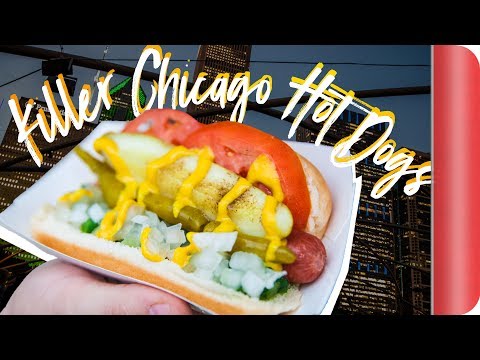 I hope the following items are of interest to you. For more frequent updates, please Like and Follow us on Facebook. https://www.facebook.com/NorthAvenueNeighborsAssociation/  You are also cordially invited to join T-NAD's new Facebook group and be part of the discussion of how to revitalize North Ave. (Austin to Harlem) https://www.facebook.com/groups/107435609823334/?fref=mentions

All businesses in The North Avenue District (Chamber of Commerce members or not) are invited to sign up for the Chamber's Poaster program.  Poaster is kind of like a free version of Groupon. OPRF Chamber members already have received an email invitation.  Non-members can see an introductory video and sign up here:http://www.oprfchamber.org/poaster

Chicago-side businesses in The North Avenue District also are invited to join the directory hosted by the OPRF Chamber. (All Oak Park-side businesses are already listed.) There is no charge and it is not necessary to join the Chamber to participate. Just go to www.oprfchamber.org and click on the "Get Directory Listing" button on the left. Fill out the form at the bottom of that webpage. Then click the "free listing w/o membership" box (unless you want to join the Chamber) and submit.

Felony Frank's, 6427 W. North in Oak Park, is featured for its "game-changing" hotdogs in a video by a group of U.K. foodies. https://www.youtube.com/watch?v=015YZ0Fom7s&feature=youtu.be Be patient. Felony Franks is featured in the middle of the video. Very proud of this great North Avenue business!

Ben's Bar-Be-Cue, 5931 W. North in Chicago, was chosen to be a 2017 Taste of Chicago vendor. (Ben's is a block east of Austin on the south side of the street.) It was one of just 17 newcomers and was the first Austin restaurant to participate (at least since 2012 and maybe the first-ever). http://austintalks.org/2017/07/award-winning-austin-bbq-eatery-chosen-for-this-years-taste-of-chicago/?utm_source=AustinTalks.org List&utm_campaign=71da44e3a3-AustinTalks_Newsletter_21&utm_medium=email&utm_term=0_b405fb814f-71da44e3a3-299830393  Congratulations, Ben's!  It's definitely time for me to try their special turkey tips.

More on the North/Harlem Sears closing scheduled for Sept.  It's 1 one of 20 sold (or leased?) to Seritage—Sears' REIT spinoff.  Seritage was permitted to end unprofitable leases in exchange for a year's rent. (Apparently, Seritage was unable to sub-lease part of the building.) http://www.chicagotribune.com/business/ct-harlem-avenue-sears-closing-0624-biz-20170623-story.html According to 29th Ward Ald. Taliaferro's office, Sears already has sold the site to a developer. The developer's plans are not yet known.  The alderman reached out to Kroger (Mariano's owner), knowing his constituents want a North/Harlem quality grocery store.  Kroger said a new Mariano's is unlikely anytime soon. They don't plan further Chicago-area expansion at this time. You may wish to take advantage of the blowout liquidation sale in progress at Sears.

More on the grand opening of Fresh Thyme Market on North Ave. in River Forest. http://www.chicagotribune.com/suburbs/river-forest/news/ct-rfl-fresh-thyme-opening-tl-0629-20170621-story.html They're still giving out samples, by the way, including tasty sushi.

Sources say that Classy Events, 6807 W. North, may be closing.  I'd be sorry to see a new vacancy, but not surprised.  The space seems quite small for a banquet hall, and they never applied for a liquor license, so the business model did not seem viable to me.

North Oak Park residents are encouraged to let the Oak Park Parking Dept. know their thoughts on parking on/near North Ave.  A website for residents' comments is closed at the moment, but comments can be emailed to ParkingServices@oak-park.us Here's an article about the Village Board 7/10 discussion of North Ave. parking http://www.oakpark.com/News/Articles/7-11-2017/Major-parking-changes-coming-in-Oak-Park/ Here's a brief Village-produced video on North's and Roosevelt's parking issues. https://archive.org/details/Comprehensive_Parking_Review-North_Ave_Roosevelt_Rd  I especially encourage 1200 N block residents (first blocks south of NorthAve.) to share their thoughts. In particular, what do you think of the no parking 8-10 am rule in effect on most of these blocks? Please let me know if you'd like to see T-NAD's parking recommendations. I'll be glad to email them to you.

Galewood and Austin residents are invited to a community summit on Saturday, 7/29, 9 am to noon, 415 N. Laramie (By the Hand Club). This will be the first of three meetings, resulting in an Austin community plan. Light breakfast will be served.

At the 7/19 29th Ward meeting, it was announced that 6700 W. North Ave. building (or adjacent parking lot) is on the short list for a new Galewood library location. Planning for a new library is just beginning. Contact Ald. Taliaferro's office if you would like to be involved: 773-237-6460.  Wouldn't it would be great to see some senior housing at that location, with a library on the ground floor?

29th Ward Ald. Taliaferro announced that the Chicago Department of Transportation (CDOT) recently completed a project to improve traffic safety at the intersection of Oak Park and North Aves. At his request, CDOT extended the southbound left turn lane. This will reduce instances of southbound cars driving in the northbound lane to bypass stopped traffic and reach the left turn lane. https://gallery.mailchimp.com/0c1018748d53b6a11536e8215/images/b28122c4-b170-4afc-8ec4-b25962ee075c.jpg

A new North/Melvina  pedestrian safety island was chosen for funding in Ald. Taliaferro's 2016 participatory budgeting process. He hopes the project can be completed in 2017.  This is much-needed.  There are now no safety islands between Austin and Narragansett on North Ave.

THE NORTH AVENUE DISTRICT (T-NAD) (Note: The organization formerly known as the North Ave. Zoning and Development Advisory Committee (NAZDAC) became incorporated as The North Avenue District in October. But its goal remains the revitalization of North Avenue from Austin to Harlem.) You are cordially invited to join T-NAD's new Facebook group and be part of the discussion of how to revitalize North Ave. (Austin to Harlem) https://www.facebook.com/groups/107435609823334/?fref=mentions

T-NAD provided recommendations on parking on/near North Avenue in Oak Park.  Trustee Deno Andrews encouraged the consultant to work closely with T-NAD because of its detailed knowledge of the district. http://www.oakpark.com/News/Articles/7-11-2017/Major-parking-changes-coming-in-Oak-Park/ T-NAD thanks Deno for his recognition and stands ready to provide whatever assistance may be helpful.  Please contact me if you would like to see a copy of T-NAD's recommendations.

The North Avenue Business Subcommittee meets on the 3rd Thursday of odd months; next meeting is on September 21 at 1:30 p.m. at the 25th District HQ (Grand and Central). The new Business Liaison Officer is Officer James Mackin; (312) 746-5090, James.Mackin@chicagopolice.org.  The Business Subcommittee is a great way of working with Chicago police to make the North Avenue District safer and better.  Welcome, Officer Mackin!

CAPS (community policing) meetings for Beat 2513 (North to Armitage, Austin to Harlem) are held the fourth Tuesday every other month, 6:30-7:30 pm in the Amundsen Park fieldhouse, 6200 W. Bloomingdale.  Meetings are scheduled for Sept. 26 and Nov. 28. Galewood residents and business/property owners are encouraged to attend these meetings. Police/community communication is crucial to neighborhood safety.

It appears that Omar Bryant (operator of the apparently dormant unlicensed basement nightclub know as Urban Myth) is fixing electrical wiring defects identified in an inspection of 1610 N. Moody. http://chicago.everyblock.com/building-permits/jul17-permit-issued-electric-wiring-8186179/?utm_campaign=digest&utm_medium=email&utm_source=digest I wonder if this pertains to the apartment building or the nightclub he's trying to open in the North/Moody storefront. Sources say he's still having parties on Sunday.  After complaints about excessively loud music on four separate Sundays (all of which resulted in police reprimands), he's finally turned down the volume to acceptable levels. Graffiti on his building and adjacent light pole were removed at the request of neighbors.

In Zone 1, crime was down in June compared to May. But crime is up year-to-date. In Zone 2, crime was up month-to-month as well as year-to-date. Increases in both zones were due mainly to burglary/theft.  Such crimes could be reduced substantially if people remembered not to leave cars, garages or homes unlocked, and not to leave valuables where they're visible outside or in vehicles.

There also has been an increase in "Bump N Run" scams--car accidents involving minor rear-end collisions to get you out of your vehicle, so the thieves can drive your car away. Contact the police before exiting your vehicle, then turn your car off and lock the doors when exiting to observe the damages. Ideally, drive to a busy parking area (gas station, C-store, etc.) to inspect damages.

The Oak Park Police Dept. met with residents on 7/6.  They gave some excellent advice on how to reduce your chances of being a victim and what to do if you are.http://www.chicagotribune.com/suburbs/oak-park/news/ct-oak-police-forum-tl-0713-2-20170707-story.html  http://www.oakpark.com/News/Articles/7-7-2017/Oak-Park-cops-call-for-more-communication-with-residents/

Zone meetings are held monthly at 7 pm.  Zone 1 meets on the month's third Tuesday. Until further notice, Zone 1 meetings will be held at 4 Chicago Ave (police satellite station), until construction is completed at Hatch School.    Zone 2 meets on the first Tuesday at Mann School. North Oak Park residents and business/property owners are encouraged to attend. Zone meetings are a great way to get to know your RBO and your neighbors, share concerns and help advance safety in your neighborhood.

I am kidding, but best wishes on your new venture. Oak...

Good luck to this new venture, which sounds great. But...

I am glad to hear that Ann Arbor chose someone with...

Please let us know about the next job interview, in...

Thank you for sharing this beautiful poem, and thank...

On: Black lives have always mattered

Robert Milstein, I agree that Simone should be...

I don't know what else to do. Thank you to anyone...

Kevin Peppard I do not think Oak Park is at the level...

Robert Milstein I do not base my decisions just from...