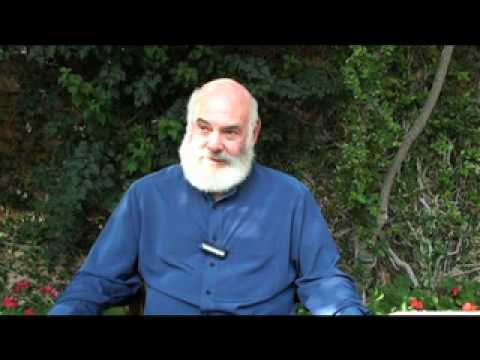 Some foods carry a higher pesticide load than others, so it's good to purchase them in organic versions if your budget allows it.

This three-minute video will help explain the importance of choosing to eat certain things in organic versions when possible.

Some foods carry a higher pesticide load than others, so it's good to purchase them in organic versions if your budget allows it.

It's easy to get confused while trying to shop for healthy foods, and one of the biggest conundrums is about organics. Is it important? Worth the extra money? Is it better to buy local, even if it isn't organic?

Remember that it is great to eat fruits and vegetables as much as possible – fresh, frozen, canned, organic or conventional. Don't let the confusion scare you away from the produce section! Not only will that be that the healthiest choice, but the more you fill up on produce, the less processed and packaged food you have room for.

I'm always on the lookout for bargains, and I'll admit that organic produce isn't one of them. But the more I learn about nutrition and health, the more I make the splurge. Most studies say that the nutritional value of organic and conventional produce is the same, but conventionally grown grains and produce come with a residue of pesticides, some of which can hurt our brain and endocrine cells. Others are known carcinogens. If you eat one kind of produce all the time, or if you are feeding young children, organic produce is a good investment.

But before you eschew carrots for Cheetos, know that some conventionally grown crops carry a lower pesticide load than others. The Environmental Working Group has compiled two helpful lists to help you determine which fruits and veggies to purchase organic, or to avoid if the budget is tight.

The "Dirty Dozen" list tells you which foods to avoid because they carry the highest pesticide load. Unfortunately, the top three are ones that we are most likely to buy regularly: Apples, celery and strawberries. The EWG recommends that we purchase organic versions whenever possible.

The "Clean 15," on the other hand, includes onions, sweet corn and pineapples. These have such a low pesticide load that it is safe to eat the conventional versions.

The EWG compiled the data from nearly 96,000 tests for pesticide residue in produce conducted between 2000 and 2008. The food items were tested as typically eaten – meaning washed, rinsed or peeled, depending on the type. Though peeling a conventional apple would take away some of the pesticides, it would unfortunately remove a lot of nutrients, too.

The lists are hard to memorize (I've tried to create a mnemonic to no avail) but the EWG website full list on a small sheet of paper you can keep in your wallet. You can also go to here to download an app for your smartphone.

Pesticides help agribusiness growers with their crop yields, but they aren't great for the environment or our bodies. Even though organic produce isn't always available (though it's getting more so) and might be more costly (though getting less so), these lists will help you choose to buy organic in a more cost-effective way.

Remember this at election time. The mayor and his...