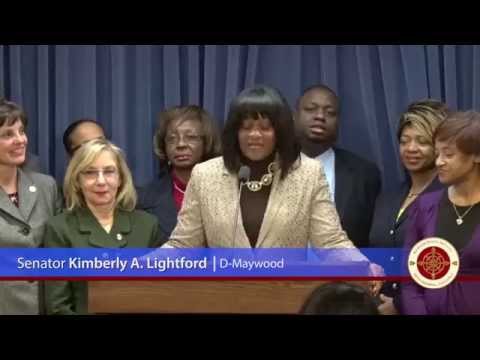 The Chicago City Council committee approved Mayor Rahm Emanuel's proposal to raise the city's minimum wage to $13 an hour by 2019 in a meeting Monday. The approval came a day before the ordinance was brought before the full council in a meeting planned for Dec. 2.

Emanuel's proposal is similar to a bill sponsored by state Sen. Kimberly Lightford (D-Maywood), who represents parts of Oak Park and River Forest. The bill proposes a wage increase to $11 by 2017.

The Senate Executive Committee voted 10-3 on the bill Nov. 19, sending the ordinance to the full Senate.

Some Council Caucus members are pushing for a $15 minimum wage hike.

According to an MIT study, $11 an hour by 2017 is barely a living wage for a single adult in Cook County. We can do better.

The language on the ballot indicated that the increase was for people over 18. If so, I think people should agree (and, Gov. Elect Rauner's tradeoffs should be included too) given that it is targeted. If this benefits the kid working at the soda shop; then this needs to be rethought.

Does this make east OP more appealing to small businesses? We should use this to our advantage. Gas stations already do

Note the objections made by the aldermen that are small business owners. Once this comes into effect it will result in higher prices, a hiring freeze, layoffs, reduction in benefits or most likely a combination of several or all of these cost cutting approaches. It's going to get a lot harder for a young person to find an entry level job. Not sure that we want a bunch of young people unable to find jobs... That usually doesn't work out very well for a society.

That rushing sound you hear is more Chicago businesses relocating to the suburbs. Should suit us fine.

Thanks for the commercial. It's always great to seen our elected officials continue to solve the pressing issues laid before us. Now we can proceed once again to our insolvency!

One reason I don't buy deli items at Whole Foods...

Chris Johnson some of your story has some holes in it...

Sad to see this article in the OP Leaves saying that...

Sad to see this article in the OP Leaves saying that...

On: Cop oversight board adds...

This committed before even formed has done a fantastic...

On: Before first meeting, River Forest...

"We only have one planet and I am the first person to...