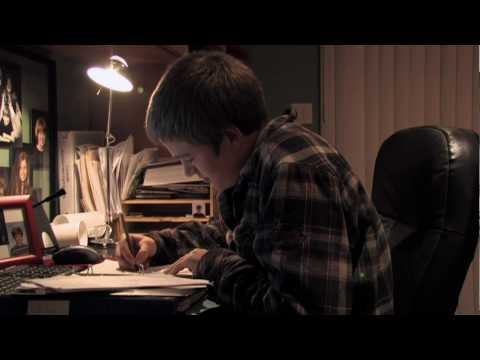 On October 2nd, the first showing of “Race to Nowhere,” a 90 minute documentary film about the out-of-control achievement culture permeating our schools and society, was viewed by a sold-out crowd at the Lake Theatre.  I didn’t make that showing, but I’m getting a second chance on November 7th in River Forest.

To get a sneak peak, I checked out the film’s trailer.  My attention was grabbed when I heard the comment:  “We’re all caught up in it.”  How true!  Especially as my kids headed toward high school, I found myself caught up in what other parents around me were promoting:   How many AP courses was your child taking?  Was she getting extra coaching on the side so her sports play would improve?  How about volunteer work?  Was she playing an instrument?

Early on, I knew my kids couldn’t compete in the intensely competitive academic race so wanting to be a good parent, I encouraged sports; initially for fun and fitness.  And, then one summer - OUT OF FEAR.

The summer before my daughter entered OPRF High School, I encouraged her to sign up for three sports camps which required playing six plus hours of sports a day.  It was insane.  Day after day, I drove her from one sporting event to the next and the next - until finally she developed shin splints and could barely walk!  Seriously, what was I promoting?  I wanted her to feel good about herself:  accomplished, strong, successful, but when I really looked closely - my motivation behind all this activity was MY fear of her falling behind the other kids she was competing against.

Years later, my daughter and I laugh about that summer, but that was the turning point for me.  Instead of operating from my fears, I started asking her what she truly wanted.  And, I listened.  Sure, I offered input, but the question became:  What was the "happy" race she wanted to run - for herself?

We all get caught up in it!  What "Race to Nowhere" is your child running?

Melissa -Thanks for your input on this race to nowhere that seems to taking place within our own community. Since viewing this movie on October 2nd and being part of the excitement of that day I have talked to a countless number of parents who feel that their children are being taxed with too much homework in school and the joy is being taken out of learning. I hope that this conversation continues after the November 7th screening -- many parents are out here and listening!

Melissa-This is a great article and so true! Good job. I'd like to hear more about the programs you give to parents. Where can I find more information?

On: A plan going forward

I don't want to be critical, but your math skills...

On: A plan going forward

well-said, esp. "us despite others"

On: Globalism, Nationalism, and the...

so Bob - how is your retirement? I feel I practically...

On: Bob Foster retires after 39 years...

Brian, what does "restore to its original...

What does likely mean? What are the facts?

So, if the article has fallen off, why not restore the...

The article has simply fallen off the home page...